What are the aesthetic and transformative potentials of using visual and designerly methods within an ethnographic field study concerning youth and the formation of identity? This is the overall concern in the Codesign PhD project (In)visibilities by Lene Hald. During her evolving fieldwork with young muslim women in Copenhagen Lene has engaged in a range of image-based codesign activities with her interlocutors. 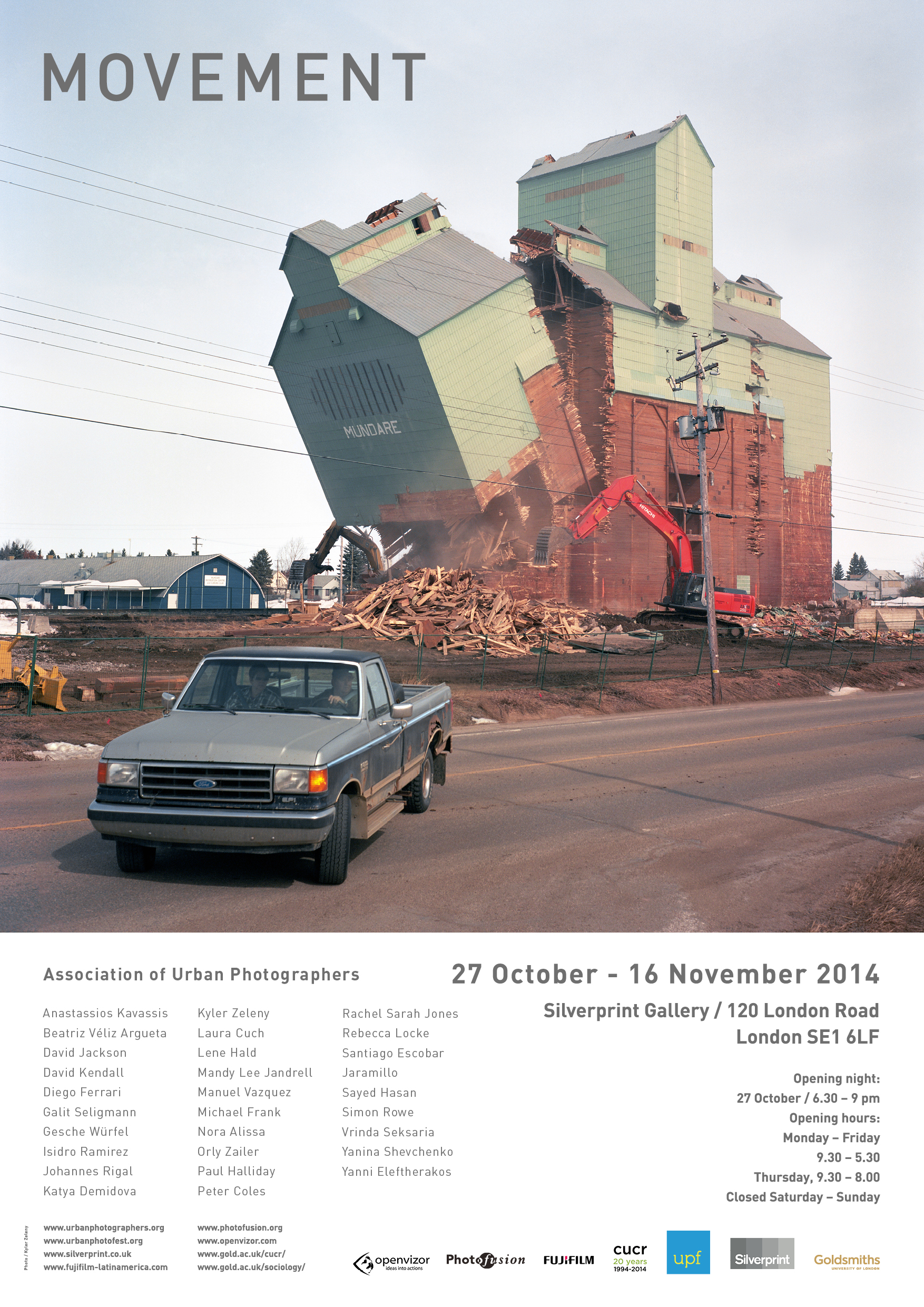 All artworks in Movement were made by members of The Association of Urban Photographers – an international group of 30 photographers and artists, all with a shared interest in urban spaces and places. Their work asks fundamental questions about the nature of contemporary urban life. The main contribution that the association makes is to open up discussions about how image-makers and urban researchers can rethink ways of engaging with and encountering the city. Movement has been supported by Goldsmiths, University of London, Tate Britain, Photofusion, Openvizor, Silverprint gallery and iUPSS.

A collage including images made by respondents from Lene’s PhD project and Lene’s own visual works featured in the exhibition (to the right in this photo): 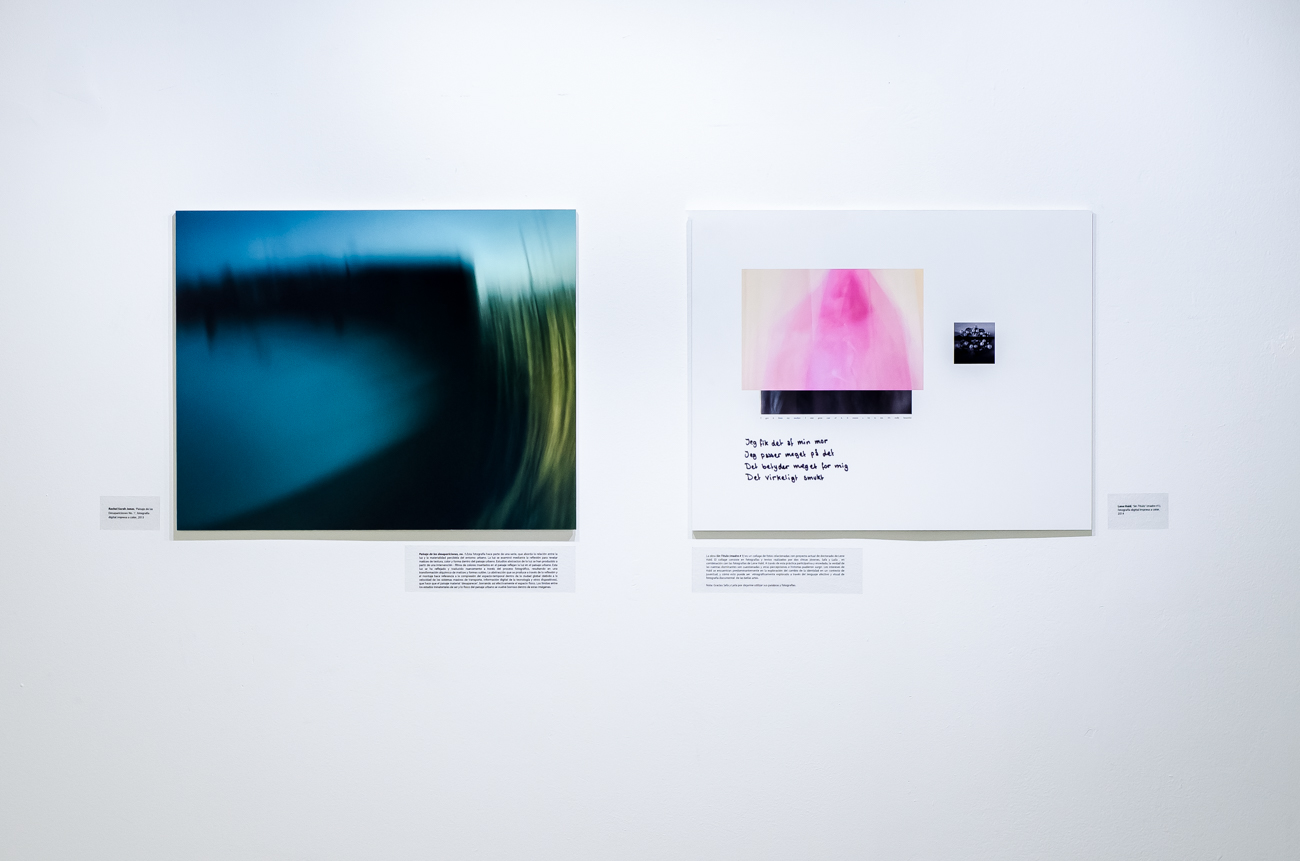 Lene: I decided to do a collage that would include images both by the girls and me. I did various versions but ended up with this collage. In this version my poetic and blurred images, in combination with Safa’s rhytmical and sensitive text and the merged images by Safa and Laila, creates a complex visual story where each object is given meaning, not from within themselves, but rather through the way we perceive how they stand in relationship to one another (Bell 2014); a story that entail plural voices, dimensions and entanglements. In that way the story becomes at once larger and smaller than itself, entangled in play with other stories, becoming part of the other, making the other part of itself.

Lene’s PhD project is a collaboration between KEA Research and Innovation Centre and The Royal Danish Academy of Fine arts – School of design.