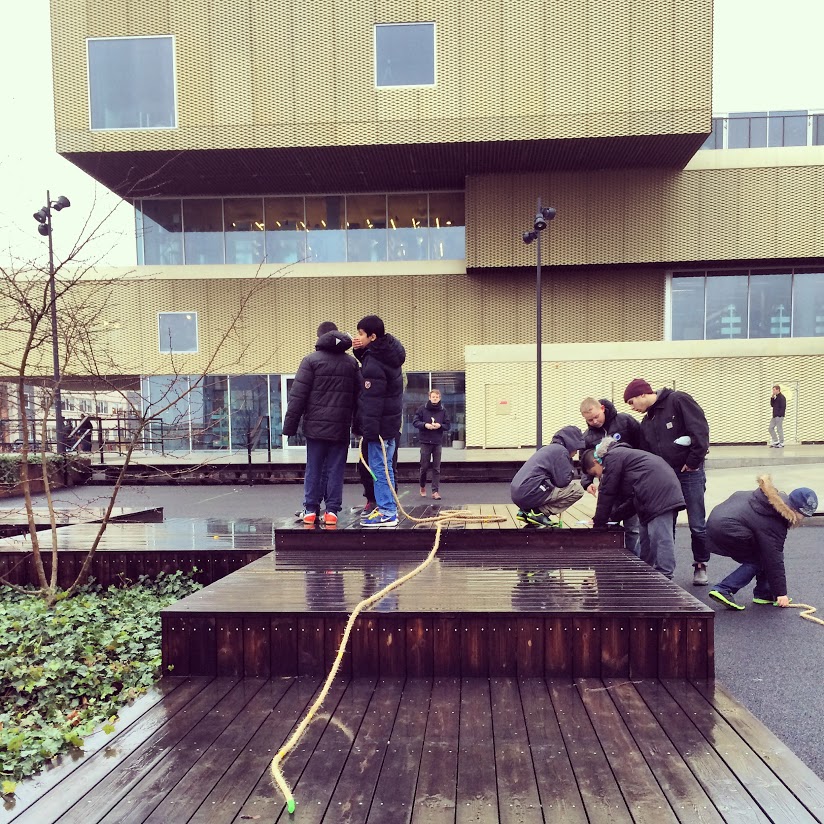 How can a library support citizens in creating urban life on a new, central­ly located city square? What hap­pens when the library moves outside and becomes a learning environment? We are proud to present a successful project made by three of our codesign MA-students: Rie Maktabi, Toke Frello and Rasmus Michaëlis.

In collaboration with the library on Rentemestervej (Copenhagen), teachers and students from three local public and private schools in the Nordvest neighbourhood, we have created outdoor landscapes of investigations consisting of boxes with tools, materials and tasks.

These boxes can be loaned out to classes and be put to use on the newly renovated square in front of the library. The boxes transform the square and the library into a space in which the students can practice their various skills in everyday surroundings. Have a look at the 9 min video.

We use “landscape of investigation” to describe the learning kits developed in the project. We adapt­ed the term from Jacob, a math teacher from the local public school who participated in the project together with his 5th grade class. After his students had been trying “The Measurement Box” Jacob used the term as his interpretation of the specific kind of learning environment that the use of The Measurement Box on the square established. 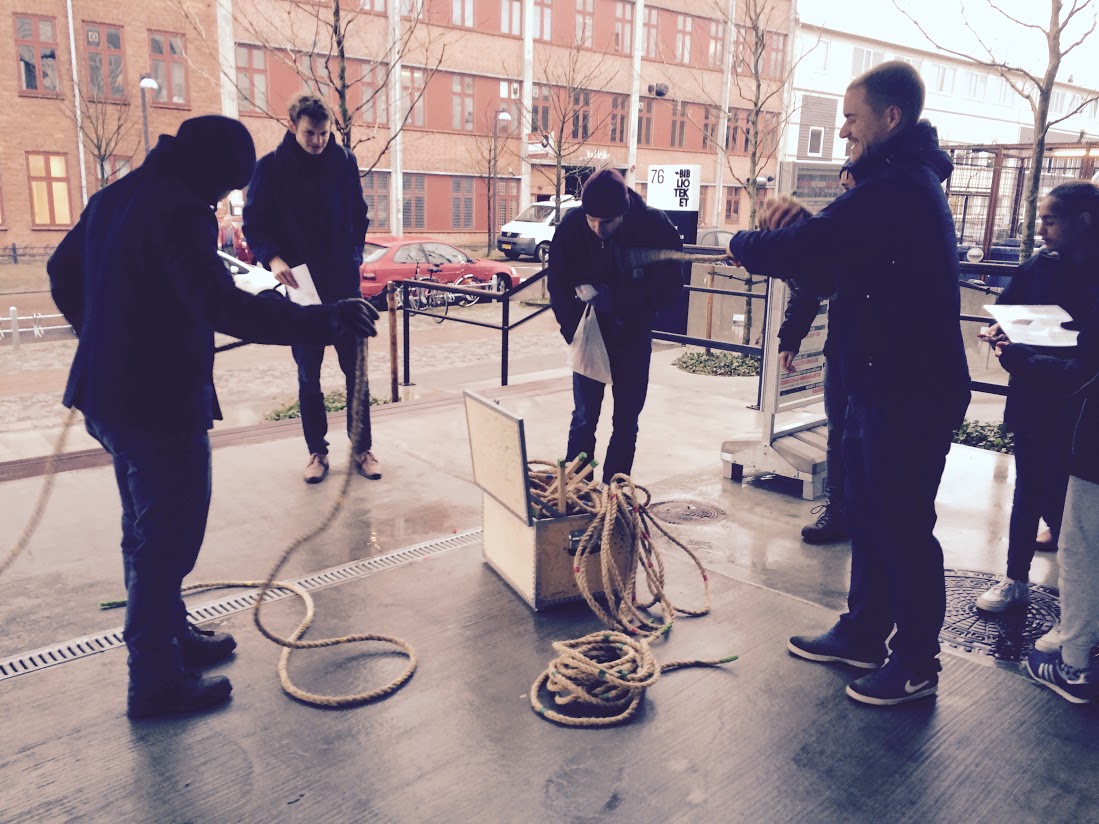 Jacob said: “The part where I learned the most was in experiencing that the students need this landscape of investigation. (…) It is amazing how supporting it is for their learning that they can do stuff and establish some sort of relation between something academic and something real. (…) Here it feels like [The Measurement Box] has an important role to play.” – Jacob

The notion “Landscape of investigation” was originally coined by Ole Skovsmose. It describes co-operative inquiry based learning referring to John Dewey’s notions that the process of ‘finding out’ is essential to the learner and that “…knowledge is not to be delivered, it is to be devel­oped.” (Alrø & Skovsmose 2003:52). The prototype of The Measurement Box does not completely fit the characteristics of the notion of landscapes of investigation, but it shares a lot of the central ideas. Furthermore, we used the notion to communicate clearly what the box (and future boxes) is supposed to facilitate.

When interviewing two of the teachers from Tagensbo Skole as a fol­low-up to the tryout they did with us, one of the teachers, Jacob, asked if it was possible for him to come by the library and use The Measurement Box with one of his classes in January.

Apparently, the high resolution of The Measurement Box prototype and the anchoring of in the library helped strengthen the teachers’ confidence that this was going to be a real product to borrow at the library. When Jacob participated in a workshop later on, in which we asked Jacob and two library workers to imagine the user journey and surrounding infrastructure of The Measurement Box, we can conclude that his contribution was, at least partly, based on his anticipation to actually use the product in a specific context. It is highly likely that this gave us a lot of insight into potential challenges of the user journey that we had not come by had we just presented him with a prototype focused on fragmented features of the Box and not the Box as a whole.

Hence, our integrated approach to the prototype in all our tryouts was not a question of testing a product close to its finished state. It was an argument – a way of persuading the participants to consider this as a real product, thereby being more committed and grounded in their participation.

The project was carried out in fall 2014 by: 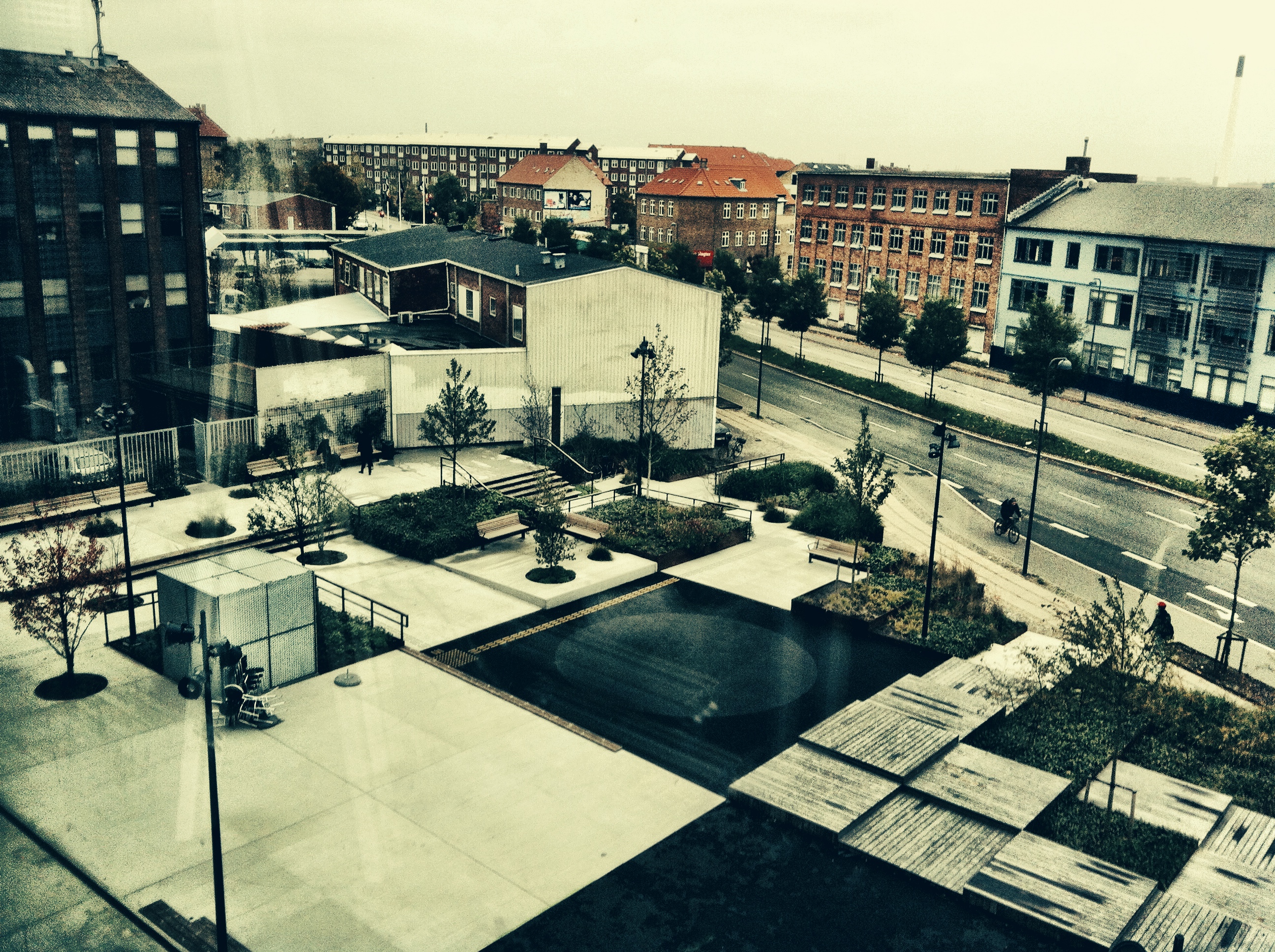 The square outside The Library at Rentemestervej in Copenhagen.